DRACULA SIR- A REALIZATION…. by an ordinary individual 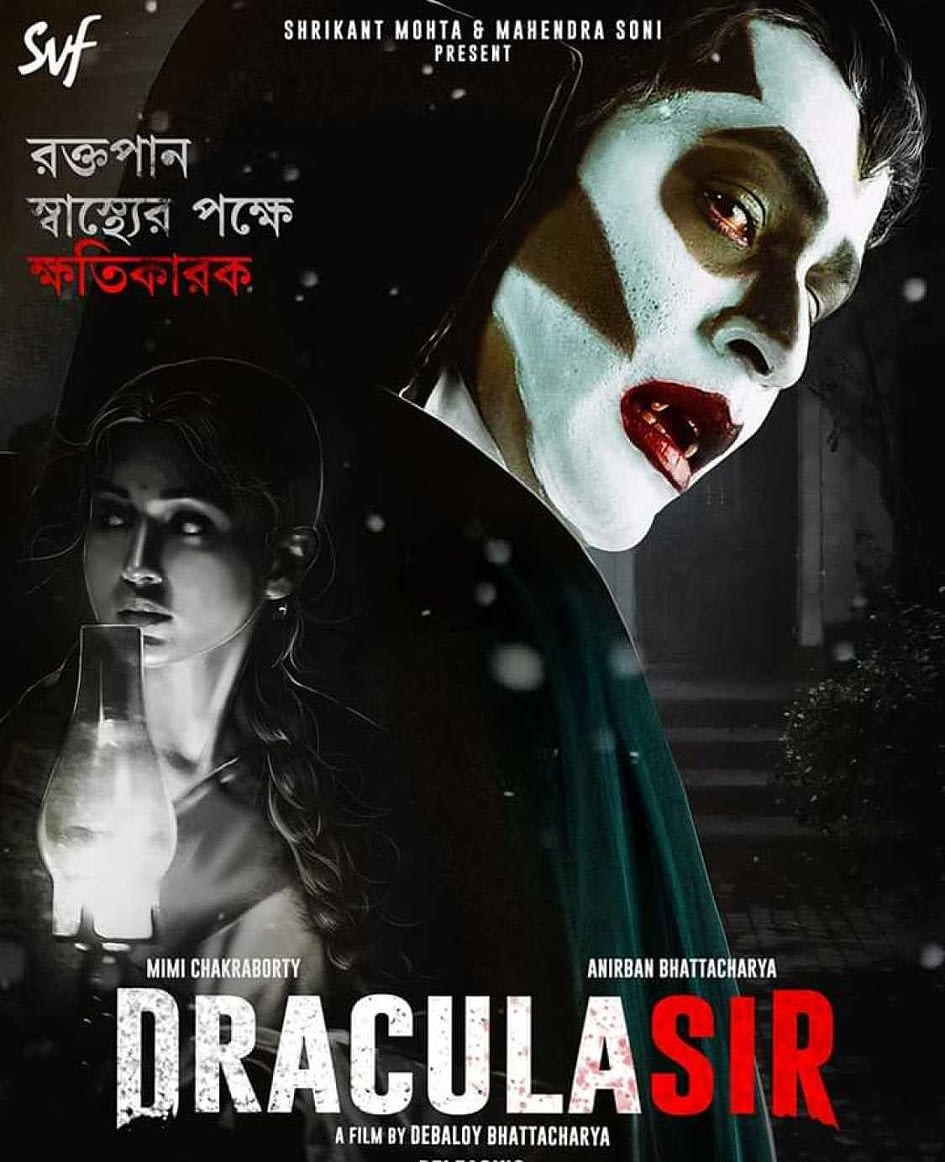 this is not a movie review blog, you can say this is a confession, confession of my feelings during and after watching the movie..

I was thinking and drafting a lot regarding how to start this blog so that readers would like to read my blog about this movie. Then I thought this movie is so pristine itself that it needs no special Rhetorical introduction to attract movie lovers around the world. I am just trying to write down the gist of my feelings but this is not a movie review blog, you can say this is a confession, confession of my feelings during and after watching the movie.  I am talking about: DRACULA SIR. Dracula Sir a recent movie,  was released on the 21st of October, 2020. So many have already seen it on the Cinema and OTT platforms. I had seen this movie and scenes from it several times and then decided to depict all my experiences in this blog. If you have seen this movie, bear with me, you can relate your feelings also and if haven’t seen it yet, then just watch it and get the flavor of the first time witnessing this great movie and read my blog.

As this is not a review blog, it shall be unorganized. I shall only write my feelings & interpretation, realizations, and awes over the movie.

First talk about the story. This is a film of a failed Revolution, a Reincarnation, a romantic enigma, and of a DRACULA. I doubt how many good movies you shall find with all these combinations. The story and screenplay were written by Debaloy Bhattacharya and Kallol Lahiri. But one can get these pieces of information on IMDB.com and Wikipedia, So let’s talk about the feelings. There are many instances where I felt to be lost in the movie.

The first scene that made me watch twice was after the first 10 minutes. The screen was showing three incidents simultaneously, two were direct: Raktim(Anirban Bhattacharya) scaring Bultai and Bhuvan-babu forces on Bultai’s mother and the other one was indirect but more effective: the helpless face of Raktim on the mirror while shaving. It was fascinating how the director had mixed and matched all three scenes. You can relate them with each other and background music did its worthy participation. Then Raktim puts off the light…. This mango person becomes mesmerized by the voice of Manjari(Mimi Chakraborty) in the background.

Next, I got surprised by Raktim’s Dentist’s comment on our society’s perspective over any exception. Bengali movies talk about philosophy all the time, sometimes they are weighted, sometimes they are Hidden, or sometimes if the words are easy, the speaker has to be a simple guy. But this is the first time to me, so direct life philosophy has been spoken by a middle-class representative in just one single line. Total credit goes to the director and the scriptwriter. Watch and share.

Then that snowfall in Kolkata  + the song + Anirban Bhattacharya, all those made the scene Epic. Again I was lost in translation. How can be a scene so perfect!! At first, I did not like the dialogues so much, seemed a bit monotonous, then as the movie ran everything became so relevant.

This is a well-known scene that depicts a great sequence of scenes. Never thought any Bengali movie will show bloodbath so cinematically true and Mimi Chakraborty was spectacular. Whether you know about Naxalites or not, but Manjari’s scream in agony and anger will give a chilling sensation in your spine. So well-acted and presented scene.

THE RUN ON THE FLYOVER SCENE:

Now comes the scene, that is LARGER-THAN-LIFE according to me. The Flyover scene. Where Rakim realizes his limitations and expresses. The Flyover, The magical voice  & music of Amit- Ishan the Cinematography of Indranath Marick, and Anirban Bhattacharya (read The Maestro)made the scene so Large that it became Ethereal.

He was trying to leap but only can hop.

See it a thousand times but you shall have the hunger to watch it again. And the run in the time-period from 1:49:42 to 1:49:55 illustrates the lyrics( by Debaloy Bhattacharya) :

(pillow cotton will cover the city in snow)

(One thousand sleep at his attic)

(lone Monster searches for his home)

Apart from many other important scenes and the story itself, that bloodbath and flyover instances let the movie reach another level.

Oh, ho ho ho!! What a new kind of music “Dracula sir” has given to us. But first I want to talk about the background music of three different realizations of Raktim in the movie. First realization: Raktim came to know to Manjari isn’t real or the disappearance of Majari at the jail, Second realization: Raktim saw the photo of younger Bhuban Babu and realized again that he was right about everything, and then the final realization: when Raktim finds his character in the story. Each of the three instances had its own unique sensational musical expression, which was grand!

Listen to these songs while travelling alone, or listen to them to travel in the world of inner thoughts..

For the past few years, Bengali movies songs have gained a positive definition but after a long time, I heard some songs, that are telling stories, stories of ordinary people, their society not just philosophical thoughts. It is also like a revolution that came after a deserving delay. Every three songs are unique in their way. The voices of Ikkshita & Ishan are real enchanted and the music given by Amit, Saqi Banerjee, and Durjoy Choudhury was heart-touching. Listen to these songs while travelling alone, or listen to them to travel in the world of inner thoughts..

This is not a review section, I am just trying to pay ode to the great performances in this movie:

Bengali movie industry should remember Katu Mallik as a milestone in the road to make a perfect villain. Mr. Rudranil Ghosh has given us a terrific performance. From innocently asking Vidyasagar’s statue question to crashing the head down, from calmy refuse to accept Manjari’s rejection to scream in agony, he reminds me of LOKI by Tom Hiddleston. Without our own Loki Dracula Sir would have been incomplete.

Now let’s talk about the firm & determined background voice and its owner.  Whenever a situation of great impact was created, Manjari’s voice had added another level to that. The executions of Manjari’s determination, love, and emotions are assets of this movie. It’s like Manjari is for the ultimate necessity of the movie and Mimi Chakroborty is for Manjari.

Everyone in this movie was perfect in their roles. Supriyo Dutta was excellent as Bhuban Babu, one can not differentiate between older Bhuban Babu and younger Katu Mullik. Bidipta Chakraborty was as usual flawless at her work.

HOW CAN YOU DESCRIBE A MOVIE THAT HAS INITIATED A DECADE:

How can I review a movie that has initiated a new decade under such a crisis? Every aspect, even the costume designing, and makeup of this movie is relevant and sound except a few monotonous dialogues. And overall this is not a tragedy movie,  one would find soothing peace of mind at the end.

Maybe if I wrote this blog in my mother-tongue, I may express better but I don’t want to deprive the world of this world-class movie. Hence this is a little effort of mine to highlight “Dracula Sir” on the world stage. I could not watch this movie at Cinema, later watched it on Hoichoi.tv, grateful to this OTT and SVF for this beautiful film. We wait for this type of perfect film at a reserved place in our heart. Now enough of my jargons, collect this movie and share your opinion.

Blog, Movie & Others, Movie & webseries, Others