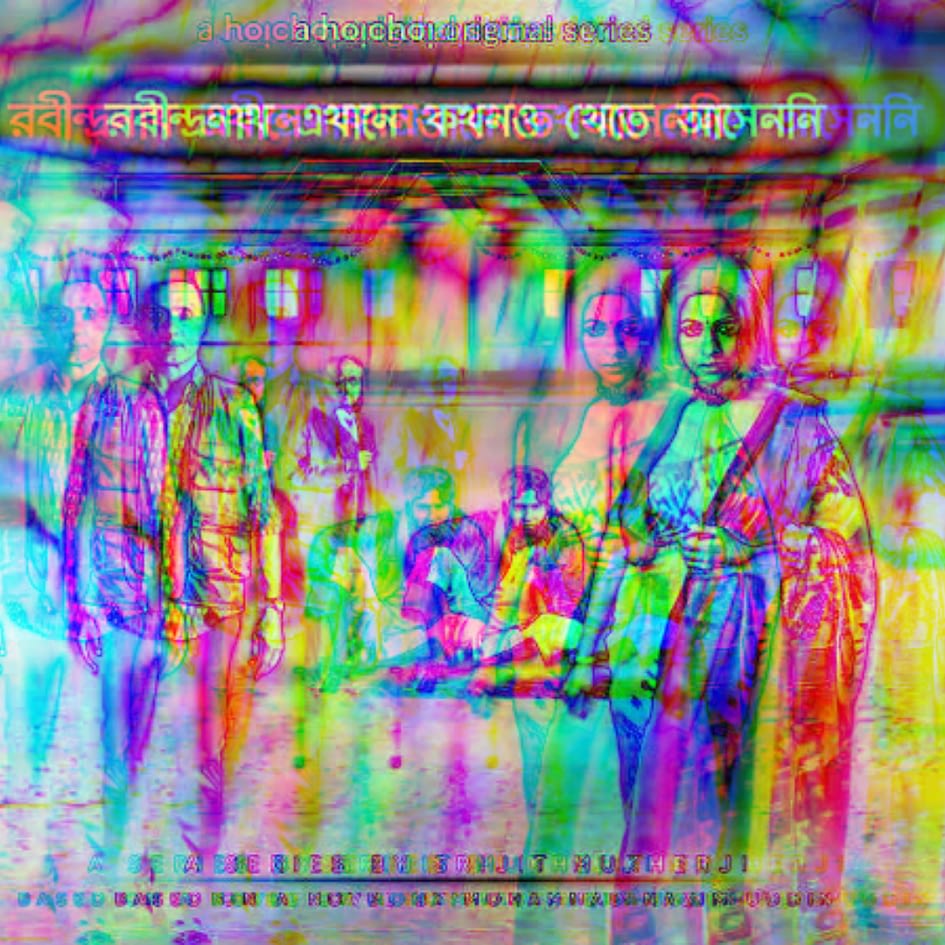 *for a quick review of REKKA (2021) scroll down to check out our Movie-meter.

Have you ever thought of a web series that is SO GRAND  that it should have been released on cinema also along with OTT platforms !? Hello friends, here I am with a review from the “Aam Admi viewpoint”(common man perspective). I am talking about Robindronath Ekhane Kawkhono Khete Aashenni (REKKA), the latest TV series broadcasted on Hoichoi.tv. I know there are a few loopholes but the series is Grand and Glamorous undoubtedly.

The series has been aired on 13.08.2021, so it is a little late for review, but a detailed review takes time. If you haven’t seen it yet, read this review before watching and if you have seen it already, then read this blog and share your opinions. It is basically a Suspense-Thriller Drama in an ambiance of mystery. This series is created by multiple National Award winner director  Srijit Mukherjee based on a novel of the same name by Bestselling author Mohammad Nazim Uddin from Bangladesh.

Let’s first discuss the things that I liked most in this web series and those can make me rewatch this one, overcoming the faults. But one should remember that all these are personal opinions, that can differ from others.

Nothing new to say about the novel for those who have already read it. Who hasn’t read the book, it is a suspense thriller novel a missing person investigation revolves around a delicate restaurant, its mysterious owner, an informer, the investigating officer, and some untold truth. The storyline is so tight and fascinating, you can’t realize where the time passed by. This book is a best seller. Hence it was a tough job to cinematize the novel and satisfy the readers in the same height as the book does.

The book’s page count is around 270, it was a wise decision to make a series, not a movie so that one can relish the essence of the novel in full. Though who have read the novel before, will find some differences between it and the series. Minor differences are like the change of character names, change of location, but the major difference I found in the presentation of the story.  The author told us the story as Nure Chhafa (in the book, Nirupam Chanda in the series) discovers/unfolds it, but in the series glimpse/ presentation of some facts have been made earlier or more dramatically, maybe to made the Cold Openings more intrigue.

As I have told earlier, me just an ordinary person and I love to watch anything that entertains me. The set of REKKA has certainly entertained my mind, the grandness of the interiors of the Muskan Zuberi’s palace, as well as the greenery of Sundarpur village, was beautiful. But two things made me most amazed and happy, the first is the intro credit song in the elite voice of Ustad Rashid Khan perfectly accompanied by the royal walking by her majesty(Muskan Zuberi) and the second is the modern paintings by Saptarshi Dey on the wall of Dr. Indrayudh Sen’s apartment. I have not seen a more cinematically Gorgeous web series in Bengali before that.

Some of the protagonists and supporting protagonists had done terrific jobs.  I shall try to write about all of them:

He made me happy in Jodi Bolo Hyan, amazed in Ghawre Bairey Aaj, mesmerized us in Dracula Sir. Here also he did not fail to satisfy the audience. He is a total fit for the character Atar Ali. In the REKKAseries, Anirban Bhattacharya is like the author’s own visualization from the novel. Nothing more was to do with the character,  you can not determine when Atar Ali and Anirban have become the same person in your mind. One will stick to the end of the series for the eccentric and bizarre Atar Ali/ Anirban Bhattacharya.

I have not seen her work before REKKA, but now I am her fan like many others. How she had portrayed the main character, it looks like she had done a great preparation for the role. Muskan Zuberi is a very complex role. On one hand, she is Mysterious, seductive, on the other hand, she is straightforwardly outspoken, with a grave personality. the lead actress has gifted us a perfect Muskan Zuberi in many ways- the way she talked, walked, looked, sneered, dressed up, wish to see this talented and stunning actress in the next part also.

If you have read the second part of the novel also, you can easily understand that there is no one better suitable than Veteran Anjan Dutt for the role. He is the mentor of the main investigator and played an important part in this play. Liked the way Anjan Dutt delivered the dialogues, expressed the body language.

After Eken babu and Jatayu, Anirban Chakrabarti is a household name. In REKKA he has a very prominent role. From the end of episode 3 to the start of episode 4, one can’t resist him/herself from enjoying the interview between Atar Ali and aloof-faced OC Tapan Sikder and it was an effortless fluent delivery from Anirban Chakrabarty.

There are some facts I didn’t like in REKKA, humbly I would like to mention them here.  Forget not, these are my very personal opinion, don’t get offended, please.

Nirupam Chanda is the main investigator cum protagonist, in the novel this character is named Nure Chhafa.  Rahul Bose has played this pivotal character and had so many expectations from him as a fan. It seems as he did not like the character or he had not found Nure Chhafa in himself. Nure Chhafa is very dear to the readers, they feel his success, agony, inquisition, and integrity. But Nirupam Chanda is very mechanical, especially beside Atar Ali or before Muskan Zuberi or even with his mentor. Sometimes he is in a hurry to deliver and sometimes he got lost from the plot!!  I was thinking where has gone, Major Siddhant  Chaudhary, that smooth performance??

I am not a wise person in music, but I wait for Srijit Mukherjee’s creation and music in it. There were a lot of Rabindra sangeets(songs by Tagore) in this series, but the hummings in Muskan Zuberi’s lips were the best.  Did not understand what was the need for background music in every song, even in humming, or why sometimes the graceful protagonist is singing so loud and again with music!!? And maybe one original song in the whole web series was deserved by the audience. Listen to this awesome song,

Since the release of “Baishe Srabon”, with almost every film by Srijit Mukherjee  I just think,

For Robindronath Ekhane Kawkhono Khete Aashenni (REKKA), my demand has been full filled in many aspects. It is Grand, we have a brilliant Muskan Zuberi and a matchless Atar Ali, the visualization and Cinematic Presentation are great, undoubtedly this web series is alive and will make someone binge-watch.

But…. well, criticizing this web series is way above my pay scale and evaluating an artwork is always easier than creating the same. Despite that as a mango person I could tell that, If you had read the novella before, you would have a few more expectations from REKKA,  a more lively Nure Chhafa, some more good music, and a bit more input from the director in the creation of the mysterious ambiance rather than a lousy cameo, after all, Srijit Mukherjee is the MAESTRO in creating thriller and suspense.

Thanks to Hoichoi.tv and Srijit Mukherjee for giving a theatrical version to that unusually amusing novella. I am looking forward to the next season eagerly. For more gripping excitement, for more grandeur, and maybe for a new Nirupam Chanda/Nure Chhafa.

So this is a  review and now a movie-meter made by this trivial.