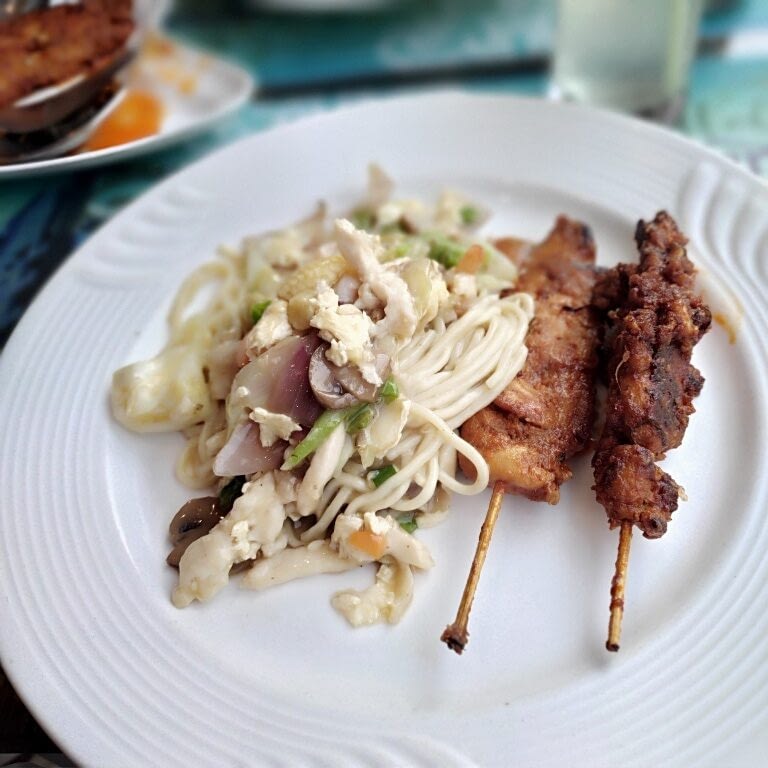 Darao Pothik Bor  is a multicuisine restaurant with a unique ambiance in North Kolkata. It has two branches, at Dum Dum and New town. We had visited the Dum Dum branch last week on a sunny afternoon. So here I am penning down our experience at this restaurant, This blog also contains the measurement taken by Darao pothik Bor, Dum Dum to prevent COVID-19.

For a quick review, you can always scroll down to check our foodie-meter.

This restaurant is very near to Dum Dum Railway station. One can walk for three to four minutes and can reach the restaurant  from the station

This is a medium-sized family restaurant. The restaurant is on the first floor of the building. Two separate dining halls are there, we chose the beside the road for the view as it has big roadside glass windows and only two tables are there. The chairs were well cushioned and decorated, though our table was a little bit shaky. This restaurant is a semi-Bengali-themed eatery. All the waiters were dressed in Bengali attire and they were playing R.N. Tagore’s songs to build up the ambience. It was calm and soothing for everyone.

The restaurant along with the restroom was very clean, especially the washroom was dry and not smelly.  I’ll describe point by point.

The safety measurement was good but it could be better by adding some more options like sanitization of the table before the customer, e-menu, Disposable Cutlery.

From the management to the waiter everyone was so humble and attentive. They gave us time to choose the menu and helped us do the same. One small thing, they were very particular about choosing a table.

DPB has a menu of Great Asian cuisine spread as well as North-Indian delicacies. What made me surprised that, despite being a Bengali-themed restaurant it has only a few Bengali dishes on the menu! Anyways we had ordered Fresh Lime Soda, Ampanna and Curry Pata Shocker, Chicken Satay (Malaysian Style), and Mixed Cantonese Noodles.

Fresh lime soda at Darao Pothik bor was truly refreshing and tasty. I have opted for mixed of sweet and sour. Nothing much to say about this known beverage, I enjoyed it thoroughly.

This beverage was original and not artificially flavored. You won’t get the plastic-type flavor. But to me, this drink was a little bit too sweet and less tangy. Thus reducing 01 points.

Now let’s come to the best parts of DPB’s serving.  They had made this Malaysian dish just heavenly. The chicken was served in sticks and there was a strong smell of Aroma King lime (Gandhoraj Lebu) and that was very nice. Chickens were very juicy and satisfying. And the chutney was made of coconut and just Awesome!  Both the chicken and the chutney were a finger-licking combination. MOST RECOMMENDED

With this dish, Darao Pothik Bor had Completed winning our hearts.  The noodle dish was a combination of baby corn, chicken, capsicum, bell peppers, onion, egg, carrot, mushroom, prawns. The best part is that they have made the right proportion in this item. Minimum Noodles and maximum taste. This is a gravy noodle and very fulfilling. Mixed Cantonese Noodles here were very tasty and a MUST TRY one.

Last but not least I must mention that the Garnishing was very good and eye-soothing.

Every item except the beverages was here more than enough for two people in my opinion. All these items cost me a total of RS.793.00(incl. GST). Hence to me, this restaurant does not damage much if one goes with a group.

For great cooking, and the Asian menu I would like to visit again.